Young Innovator Awards 2018” Final year students of BE Production engineering bagged “Young Innovator Awards 2018” by Zee Media Group for their project namely “E-Hand bike wheelchair”. From all over Maharashtra among 890 project batches have participated in this competition. The award ceremony was held in Mumbai University campus on 29 June 2018 in presence of Maharashtra state finance minister Mr. Sudhir Mungantiwar, Vice-chancellor of Mumbai University Mr. Dr. Padenekar, Vice-chancellor of ICT University Dr. G. D. Yadav. This project was made under the guidance of Prof S. S.Kulkarni with help of entire production department faculty. 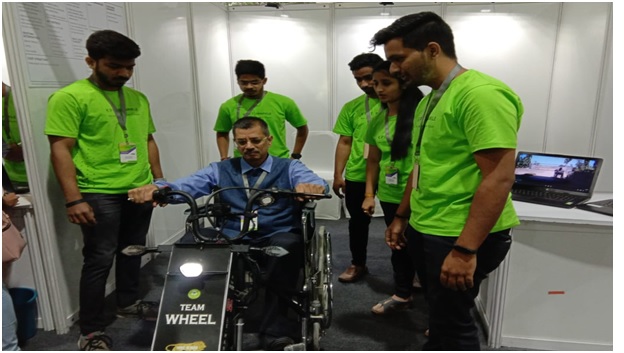 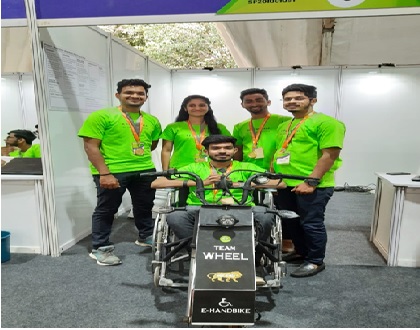 KPIT Sparkle is an innovative platform that connects budding entrepreneurs to the incubation ecosystem. It helps to converge on the final objective of bringing innovative solutions to the society.

The sixth edition of KPIT Sparkle received more than 2000 ideas from around 22,000 engineering and science students across India. The Students of DYPCET Production engineering selected as top 30 best team & presented prototypes of their E-Hand bike wheelchair (Team Wheel) to the jury and incubation partners at the grand finale at a public exhibition,on  held at the premises of the event’s academic partner, Pimpri Chinchwad College of Engineering (PCCOE), Pune. This project was made under the guidance of Prof S. S.Kulkarni with help of entire production department faculty. 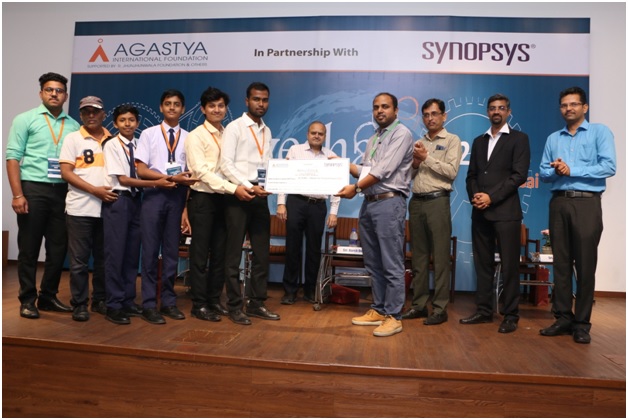 Students from Production Engg Dept of our college received 2nd prize at Anveshana 2020 organized by Agastya international foundation sponsored by synopsys at Mumbai.

Out of 120+ projects this project namely 3 in 1 material handling system got selected among 35 projects and *Received 2nd Prize* with cash prize of 25,000 and 2 laptops from Synopsys. This project was made under the guidance of Prof Dr. S. J.Raykar with help of entire production department faculty. HHO generator is a simple cell which converts water into fuel by electrolysis. This technology reduces the production of greenhouse gases. The work is appreciated by ‘Delhi Government’ and the suggestions regarding pollution control in Delhi are forwarded to concerned minister.